I’m a writer and filmmaker and have written, directed and produced four short films. Author of three feature screenplays with a fourth in progress. In 2014 I obtained an MA in Screenwriting from Screen Academy, Edinburgh and prior to that studied screenwriting at Berghs School of Communications and directing at FilmCentrum in Stockholm. My first children’s book Semla, tio dagar extra allt was published in 2019 (Idus). 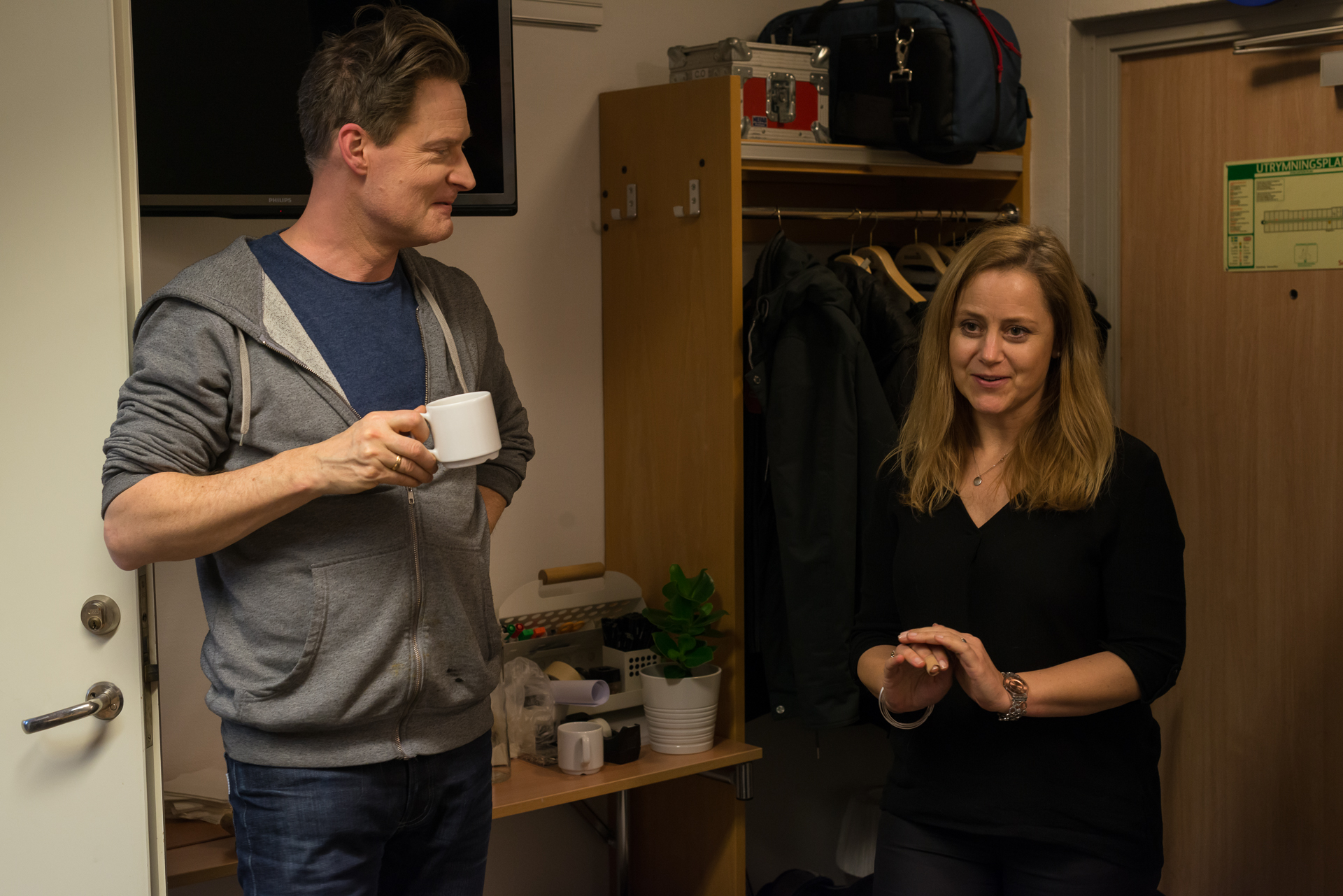 Photo: In between takes of En Kyss (A Kiss) with actor Henrik Norman. Photo: Rikard Lagerberg.

I write about relationships and family ties, everyday dramas told with warmth and wit. I have written nine short films, four of which I have also directed and produced, two children’s books and three feature screenplays.